Preaching the Gospel, One Song at a Time 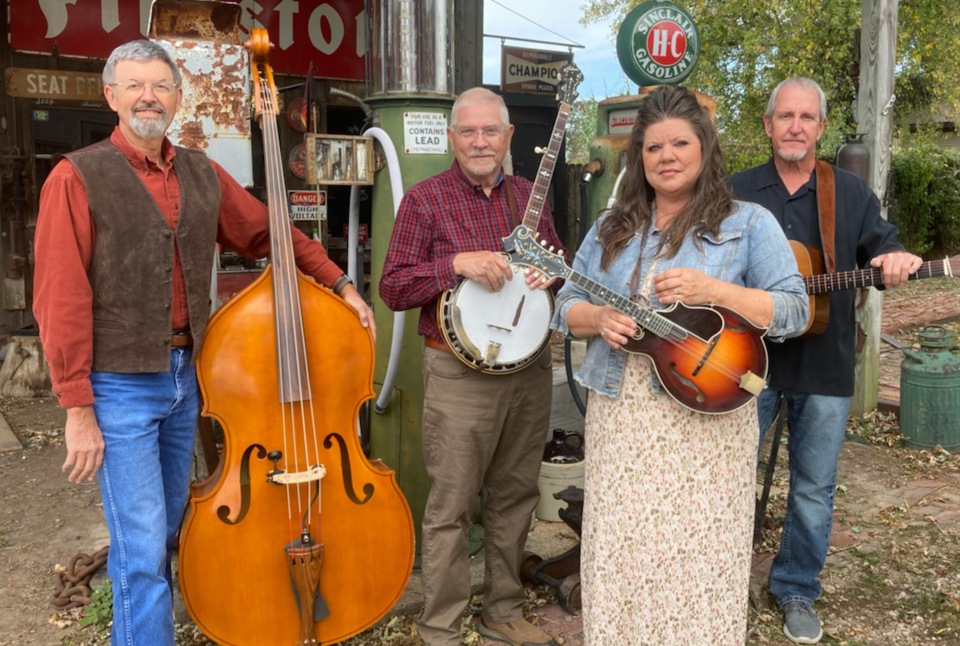 Rex Hart - Founder and the real "Hart" of the band, Rex writes much of the material that we do.  Listen to the words of his songs and you'll understand his God-given talent.  Doing most of the male lead vocals, Rex plays guitar and occasionally the mandolin for the band becaue the're small, light, and easy to carry.  A little help with our equipment over here, eh, Rex?

Bonnie Eidson - She's the self-appointed "Boss" of the group and the one who keeps us all in line.  Bonnie is a joy to listen to with her dynamic lead vocals and harmony singing.  She has shared the stage with Dale Ann Bradley, Jeff Parker and Steve Gulley while she was a member of the Renfro Valley Barn Dance in London, Ky.  She is the Royal Chopper on the mando when needed.

Paul Daniels - Bass player for the group and does most of the lower harmony in the vocal arrangements.  Paul owns the van which makes him a very important part of the group.

Steve West - Steve played professionally for 35 years, first with the Denny Hilton show and other venues, and later as a partner in the Main Street Opry at Lake of the Ozarks.  He plays a fine banjo and enjoys telling a pretty good funny.  He has also taken up song writing for the group as well.